In her twenties, Brenda Yong had a well-paying career in corporate communications, two children and a supportive husband. By all appearances, she was a young woman on her way to success. But the harsh realities of life hit, when her mother was diagnosed with cancer of the rectum, one of the rarest and most aggressive cancers.

As her mother’s condition worsened, she had to start selling her assets to cover the treatment costs. Even her high salary was not enough to keep up with the rising costs due to her mother’s cancer. She quickly realised how challenging life can be, and how fast things can unravel when the unexpected happens.

“I knew my finances were in trouble,” recalls Brenda. “So I went around asking friends in financial planning questions. I realised that if I had enough foresight to cover my family and myself with insurance, I wouldn’t be struggling to cope with my mother’s cancer the way I had been doing. My friends couldn’t answer all the questions I had, though, so I decided to go into it myself.”

As she started learning more about insurance and taking courses on financial planning, Brenda discovered that there was more to financial planning than just insurance. As a young person, she had only been taught only the bare essentials about money. But as she learnt more about the importance of having a plan and sticking to it, she realised that wise money management requires understanding of an individual’s personal goals, emotions and motivations. 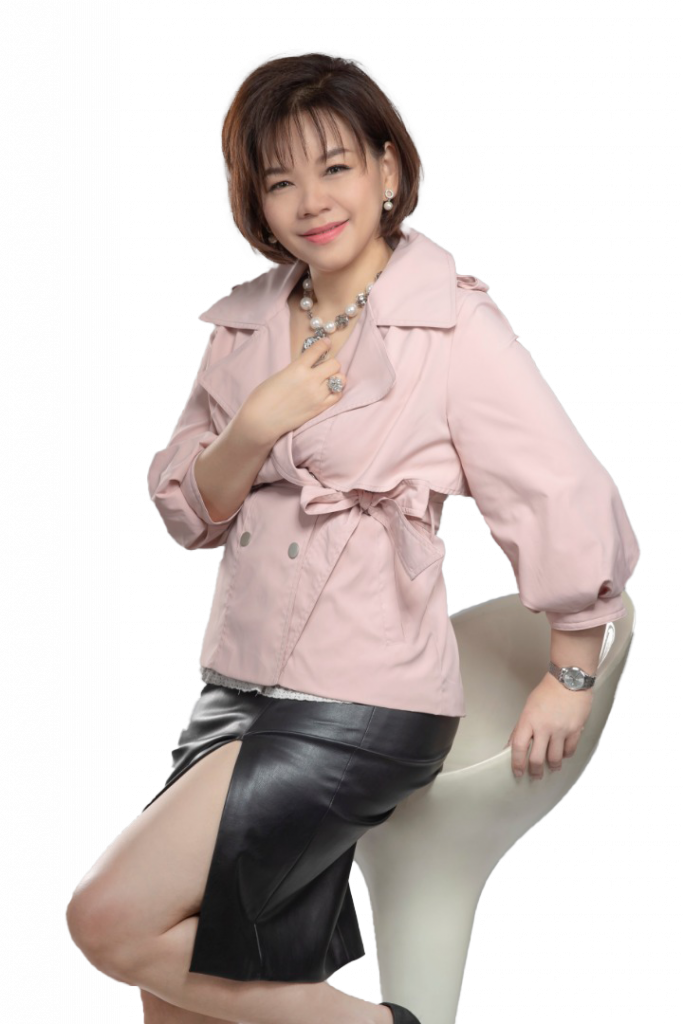 Venturing into the Financial World

In 2007, Brenda became a licensed financial practitioner. “I wish I had a financial planner who could give me sound financial advice while being compassionate and sympathetic to the struggle I was facing as I watched my mum suffer from cancer,” says Brenda. “I went into financial planning because I wanted to help others overcome whatever life challenges they are facing with the knowledge I’ve gained.”

Brenda started her practice, KP Financial Group, with a small team of several other financial planners in 2008. She did not intentionally recruit any of them – they joined her because they saw her passion and shared her vision of making financial literacy more easily understood by Malaysians from all walks of life.

Brenda’s high standards of excellence and drive to excel in the field eventually gained the attention of the financial world. She was inducted to the Million Dollar Round Table (MDRT), an international recognition for the top 1% of global practitioners, for being the first Malaysian lady in the licensed financial adviser category. She is also one of the few Malaysians who has obtained MDRT qualifications consecutively for the last four years.

She is also quick to point out that not enough financial planners have the right know-how. Out of the 100,000 plus financial practitioners operating in Malaysia, only about 9,500 are qualified and licensed, and fewer than 100s of them have a broad collection of licenses and overseas experience.

This lack of trained financial professionals stands in stark contrast to the current level of household debt in Malaysia. The household debt is as high as 86.8% of Malaysia’s GDP, or gross domestic product. What this means is that on average, for every ringgit a working Malaysian adult made as a whole in the last quarter, 87 sen is owed to a bank in one way or another. 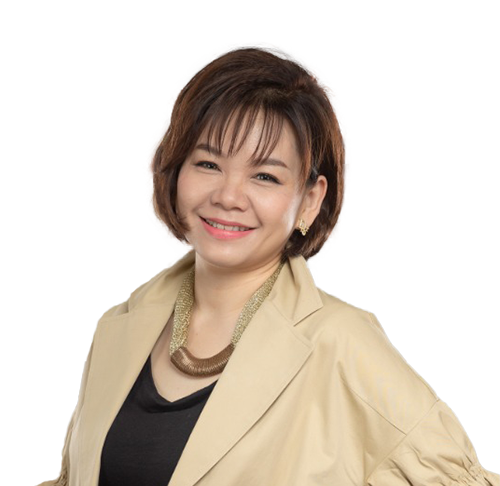 “We currently have the highest level of household debt in the region.” says Brenda. “But it’s not just about having an empty bank account. When finances are poorly managed, lives are affected. Stress levels rise, causing marital tensions, in some extreme cases, divorce or suicide, and families and children are broken in the process.”

“I lost my twenties to tough circumstances,” recalls Brenda. “I had to grow up very quickly, at a very young age. My family’s wealth was wiped to zero multiple times because of my mother’s illness and other family emergencies. When your relationships and family are at stake, you realise that wealth can’t buy you happiness.”

Thankfully, Brenda had a strong, supportive husband who stood by her side even as she continued supporting her mother, and the family weathered through the tough times.

But the lessons her mother’s cancer taught her has never left her.

At the start of 2014, Brenda launched “Wealth of Life”, a financial management course with offering tailored programmes catered to different age and demographic groups, from children to youth, from young working professionals to families and parents.

When asked what made her launch into this new venture, Brenda tells the story of being approached by a financial trainer several years back. “He asked me to refer some of my clients to his training programme,” says Brenda. “I wanted to know why I should recommend him. So I asked this young man some basic financial management questions, such as what the national household debt in Malaysia currently was, and how much additional cost home buyers would incur if the Bank Loan Rate (BLR) went up by as little as 1%.”

“I was stunned when he couldn’t answer any of my questions,” says Brenda emphatically. “I asked him what he was doing, trying to teach people how to get rich quick but not how to fundamentally get their lives in order first before acquiring wealth and finances.”

“I asked him, ‘If people lose money through your advice and someone’s suicide is on your hands, how will you deal with it?’ He was quite taken aback, I think. But I had to say it, because I was so frustrated with all these people who want to make a quick buck out of others who don’t know better.”

Since she didn’t know of any other sound, solid financial training programme developed in Malaysia, for Malaysians, Brenda decided she would start her own. She started writing the programme syllabus in 2013, and seven months later, Wealth of Life was born.

What Successful Women Do With Their Money: The Book

Brenda’s next goal for 2015 is to launch her new book, What Successful Women Do With Their Money. She decided that in addition to the training courses her company offers, the best way to serve Malaysians would be by sharing the collective wisdom from her experiences and those of the other licensed financial planners she co-wrote the book with.

“Why focus on women? Women are the Ministers of Home Affairs in the house. Why shouldn’t they be the Finance Ministers as well? They have a responsibility to nurture their family, manage their home, provide support and counsel to their husbands – why should they not also learn how to be savvy in managing their finances so they can do all the above better?” says Brenda.

The book is written in conversational style, and is a light read. It is targeted at ladies in their 20s to 50s, at the peaks of their lives and their careers, and will give them a glimpse into how they can start making small changes to improve their finances, and ultimately, their lives.

“The chapter I enjoyed writing most was the one in which I interviewed successful and prominent Malaysian women, such as Datin Paduka Marina Mahathir,” adds Brenda. “What stood out to me about them is that they were visionary and tenacious despite the challenges they faced. And despite their wealth, they generously and selflessly give back to their communities. A successful woman knows that by cultivating a heart of giving, we gain more in return.”

The book retails in bookstores for only RM28.90, as Brenda aims to make it affordable enough that every Malaysian woman can have a copy of it.

In the near future, Brenda hopes to launch her second book, which will go into more detail than her first book and cover solid strategies for managing finances wisely. She also hopes to bring Wealth of Life to others nations, mentioning that Bangkok, Vietnam, China, Kuwait and Japan have expressed interest in the course so far.

Living a Wholesome and Fulfilling Life

Life is short, sudden, and unpredictable, and Brenda believes that the only way to have a meaningful life is to live life to its fullest potential.

“Everyone is uniquely designed. We were created with a purpose. Why spend our lives living in the shadows of others? This will just lead to frustration and dissatisfaction. What’s the point of chasing comfort and security if our life has no greater purpose? A successful life is not just about the length, but the breadth of it. I want my life to count, and I don’t want to waste the short time I have on earth trying to be someone else. I want to be the best version of myself that I can be,” says Brenda.

This drive to live a life at full capacity is what inspired Brenda to achieve qualifications as a Career Direct and Personality ID consultant. She now helps people discover their unique gifts, talents, and personalities, and learn how they can use that to find the right career path or make the right decisions in life.

She is also a qualified image consultant, and advocates taking care of one’s body through healthy eating and living to her clients as well. “Success is not just about having wealth. True richness of life is found when we are wholesome people – emotionally, mentally, financially, spiritually, and physically. Beauty and nutrition is just as important to me as sound financial planning,” Brenda adds.

How does all this tie back to financial planning for Brenda’s clients? “By knowing the unique inclinations, motivations, and make-up of our clients, my financial advisers and I are able to design financial models, strategies, and portfolios that will suit them. We don’t do cookie-cutter financial plans because no two people are alike. We want our clients to discover all they were made to be and express that in every area of their lives, especially in how they steward their finances.”

On Calling and Purpose

Looking back on how she started her financial practice, Brenda says it has been nothing short of an amazing journey. “I never once had to actively recruit people into my team. People would hear about KP Financial Group through word-of-mouth and approach me to find out if there were vacancies. I set an incredibly high standard for any financial advisers that joined my practice. They have to possess what I call the 5 Ps and 5 Cs – Passion, Purpose, Process-Drivenness, Professionalism, Profitability, Character, Compassion, Commitment to learning, Competancy, and Culture.”

Brenda explains that her company culture is very different from that of other financial advisory firms – there is no competition to hit sales targets or push products, but everyone works together as a team, and is empowered to lend their unique gifts and skillsets for the growth of the Group. In fact, some of her advisers have even moved on to becoming trainers for her Wealth of Life financial education course, and branching into other skillsets including online content creation and so on.

“I made a stand from the start that this was the kind of company that I wanted to build. I saw a bigger vision than just financial planning. I believe that by helping people manage their money, we are also impacting communities, homes, and individual lives,” explains Brenda.

“I want people who come to us for advice to walk away with more than just a plan for managing their wealth. I want them to see the way my team and I live our lives, and be inspired to invest not just for quick gains, but in sustainable businesses that give back to the community, to consider putting aside a portion of their wealth to give to those in need, and to realise that success in not just about getting, but giving, and stewarding what we have well.”

We're not around right now. But you can send us an email and we'll get back to you, asap.